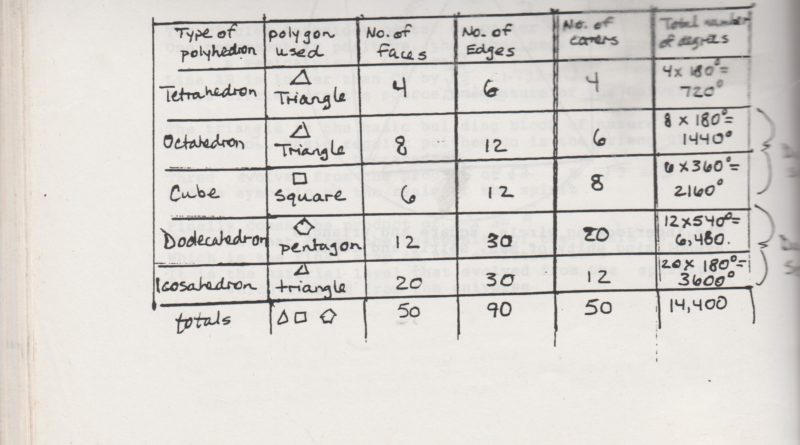 Development by progression is a theme of the Tree of Life. Number one is the most abstract, while ten in the most concrete, Kether is the crownly name as it holds the “1 position:  Top number one is its placement on the picture on the tree. It’s connected by paths (tube like lines) to other emanations (circles), but like the king, stands apart.

Crown Relates to the Dodecahedron by What Numbers?

In the Hebraic language, letters doubled as numbers. They actually shared  the same symbol. Take the numbers of each of its three letters.

The sum of these three letters becomes 620. We our post we will take it as 62:  Zero, “0”,  was not considered a real number. It was synthetic and had to exist with another, such as 10.

So where is 62 on the Platonic solids?

First of all, the dodecahedron was though of as the shape of the Universe. It has the parallel function of the entire containing all of Creation as the crownly top. This figure was thought to contain the Universe. (The Dodecahedron).  Its 3 features add up to 62: 20 + 30 + 12 = 62.

Panacea is Found in Our Civilization’s Music