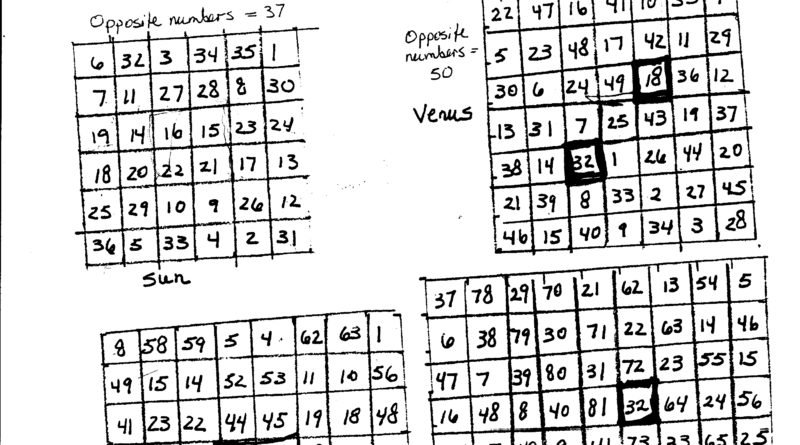 The most obvious ways number squares interaction is in the  numerical pattern of the periodic chart. Look at the featured picture.   This is explained below.It explains how the patterning of the chart is found in the prime 3 x 3 grid.

Another point, in the realm of chemistry, the featured picture shows the periodic chart’s numerical patterning. This is found on the diagonal of the  oddly number squares. Note how the darkened boxes show this sequence duplicate the sequence: 2,8,18 and 32.

In mathematics, the Fibonacci numbers are the numbers in the following integer sequence, called the Fibonacci sequence, and characterized by the fact that every number after the first two is the sum of the two preceding ones:[1][2]}

Conclusion: Interactions are quite varied and complex. A lost civilization knew about this. Most of us today still do not. Keep checking, more is upcoming.

Reviving Antiquity Seems to Be an Unusual Title for a Website